THE ABSENCE IS ALWAYS PRESENT

THE ABSENCE IS ALWAYS PRESENT introduces a new paradigm of fundraising for independent cinema. It is a multi-year, multi-disciplinary concept that marries art, photography and film in fresh, new, exciting ways utilizing blockchain and NFT technologies.

At its core, THE ABSENCE IS ALWAYS PRESENT is initially a short film and eventually a feature length adaptation about grief and loss. During the pre-production process, through additional artwork by writer/director Jason Charnick and collaborations with other artists, we can explore the concepts of these uniquely human emotions in various ways while raising the funds necessary to shoot the films themselves.

New drops will take place on a regular basis across multiple blockchains and at varying price points. They will be standalone collections of photographs, film clips, and shorts, but also part of Jason’s personal journey of mourning an unspeakable loss.

Doug & Shelley Hensley are a happily married couple whose lives are irreparably damaged after a routine visit to the obstetrician in the late stages of Shelley’s pregnancy reveals the death of their daughter. Doug is powerless as he has to watch his wife deliver their deceased child, leading him down a self-destructive path with devastating consequences.

The short version of the film finds Doug visiting Shelley after the dissolution of their marriage as he attempts to make amends, while the feature version is an in-depth character study of a man struggling to find meaning in life after all meaning is lost.

Stillbirth and infant loss are two facets of human existence that rarely get spoken about publicly, and the fathers of stillborns are often neglected, as societal and gender norms place a heavy burden on the shoulders of these brave men.

JASON CHARNICK is an award-winning filmmaker based in Long Beach, California. He has been in the entertainment industry for almost 25 years, including over a decade as part of Adam Sandler’s Happy Madison Productions family. He has worked with such clients as Universal, Warner Bros., Fox, A&E, Comedy Central, Viacom & many others.

His first feature, the critically acclaimed documentary GETTING OVER, premiered at the prestigious SXSW Film Festival in 2018, and he currently hosts the podcast HEAD ABOVE WATER about the intersection of filmmaking and mental health. He lost his only child Shelby to stillbirth on June 26, 2017. This project is dedicated to her enduring memory. 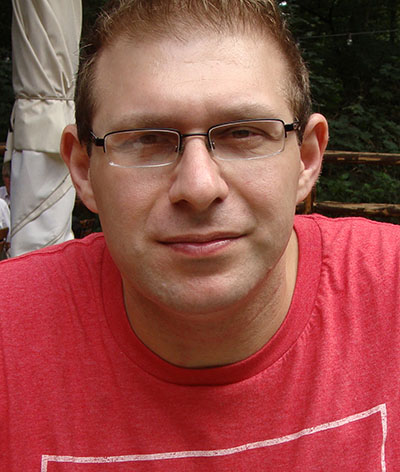 There will be three different price points to attract NFT collectors of all varieties and spending levels, and all initial NFTs will offer early access to the completed films. There is also a charitable component, and a robust collaborative environment to inspire other artists to contribute to the project with additional perspectives on the central themes of grief and loss.

Using the popular objkt.com marketplace on the Tezos blockchain, our initial drops will be limited editions of Jason Charnick’s photography and work on the subject of grief and loss.

Moderately priced NFTs will be listed on the largest marketplaces on the Ethereum blockchain, OpenSea and Rarible. These can include art, photography, and film clips.

High end work will also be available that includes credits on the film and exclusive access to other NiftyFilm projects. Potential future NFTs include alternate takes, soundtrack audio, and other behind-the-scenes access, like on-set video conference calls with the cast and crew.

The NiftyFilm marketplace will bring all three price points together in one location to help add to the cohesive nature of the project. Drops will take place on a regular basis, all directly supporting the film and associated causes. 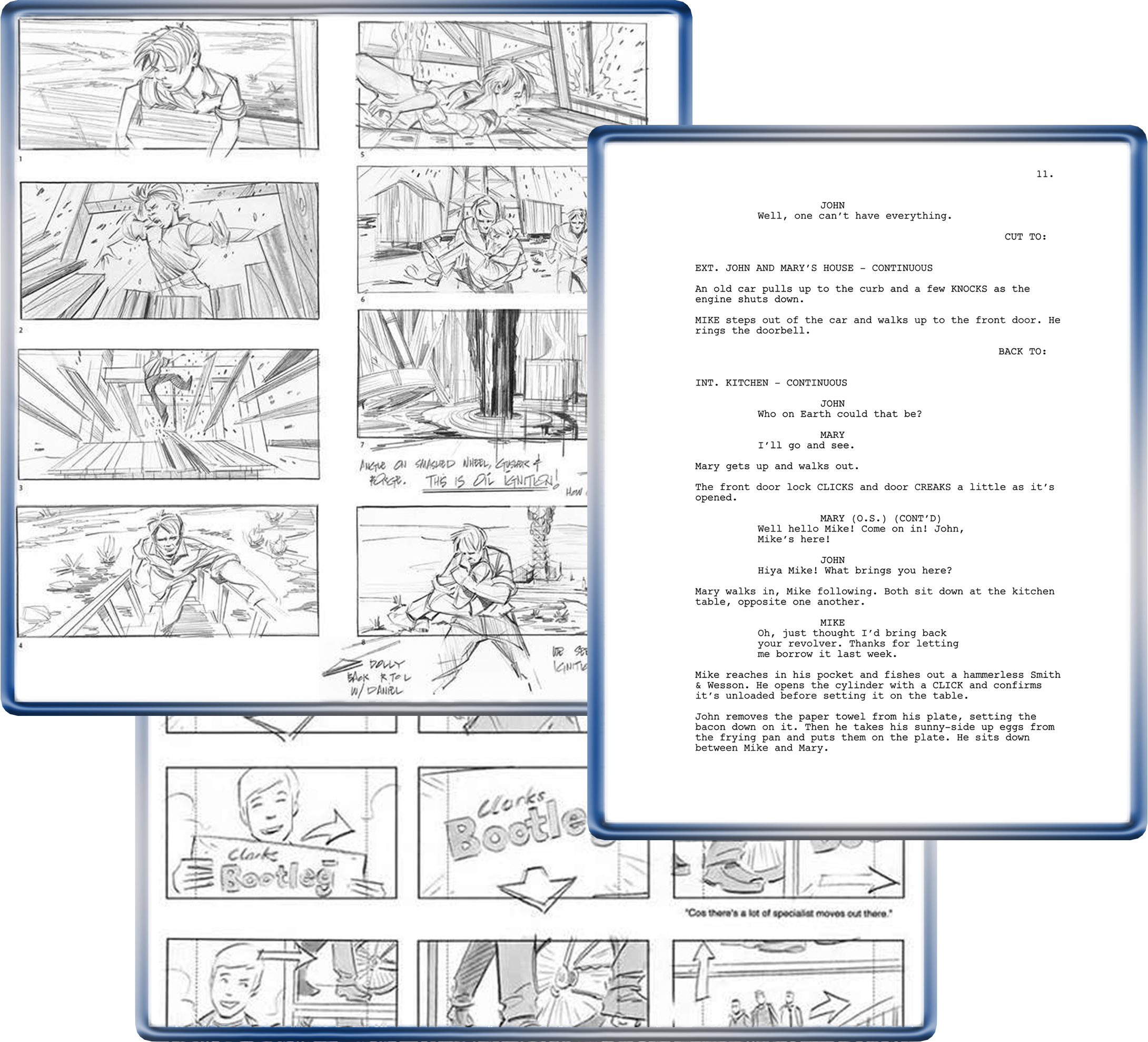 With the flexibility of NFT technology, the possibilities for value & collectibility are limitless. Some of the features we can implement to add value include using generative art to create commemorative 1/1 artworks with the names of other lost loved ones, customized to the purchaser’s wishes.

Early supporters will also be a part of exclusive airdrops offering free and discounted NFTs related directly to the movie, such as storyboards, script pages, screen tests, auditions, special credits, and much, much more! NFTs can also serve as access to the film itself outside of the blockchain, tickets to virtual premieres inside the metaverse — we like that Cryptovoxels has the Bronx! — and eventually also provide profit participation in the feature version, as our current intention is not to offer the final films as NFTs themselves.

All our NFTs across all three platforms also come with FULL USAGE RIGHTS. Artists, feel free to remix, reuse, and reimagine anything we offer even for commercial use. All NiftyFilm NFTs are offered with Creative Commons CC4 licenses and also offer exclusive access to other NiftyFilm projects such as Late Night Dreads.

And as NFT markets continue to evolve, we can continue to airdrop additional features and add even more value to earlier releases.

Artists of all disciplines and nationalities are invited to participate in the project in any way without being officially partnered with us. This can serve as additional marketing and outreach while the artists still control the primary market for their creations.

We are also seeking out strategic partnerships with other cryptoartists and NFT filmmakers. Through the use of customized smart contracts, artists can automatically receive direct compensation from the sale of their work, and continue to receive royalties on the secondary market regardless of the progress of the overall project.

12.5% of the sale from each NFT purchased as part of the project will also be reinvested directly into the NFT community itself by purchasing works by other cryptoartists that confront the same project themes of grief and loss.

A charitable component is a crucial aspect of the overall project. Writer/Director Jason Charnick has previously worked with Forever Footprints — www.foreverfootprints.org — a southern California based non-profit organization dedicated to serving families who have suffered pregancy and infant loss.

Through the use of customized smart contracts, 12.5% of the sale of each NFT purchased as part of the project will be automatically donated to Forever Footprints as they continue their mission of educating the medical community to improve quality of care and response, and offering opportunities for remembrance to help families find their own path to healing. 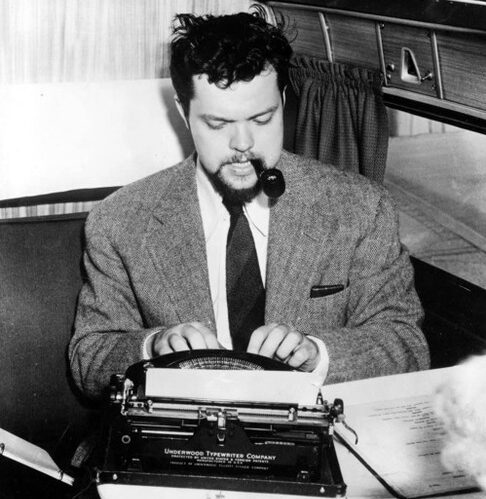 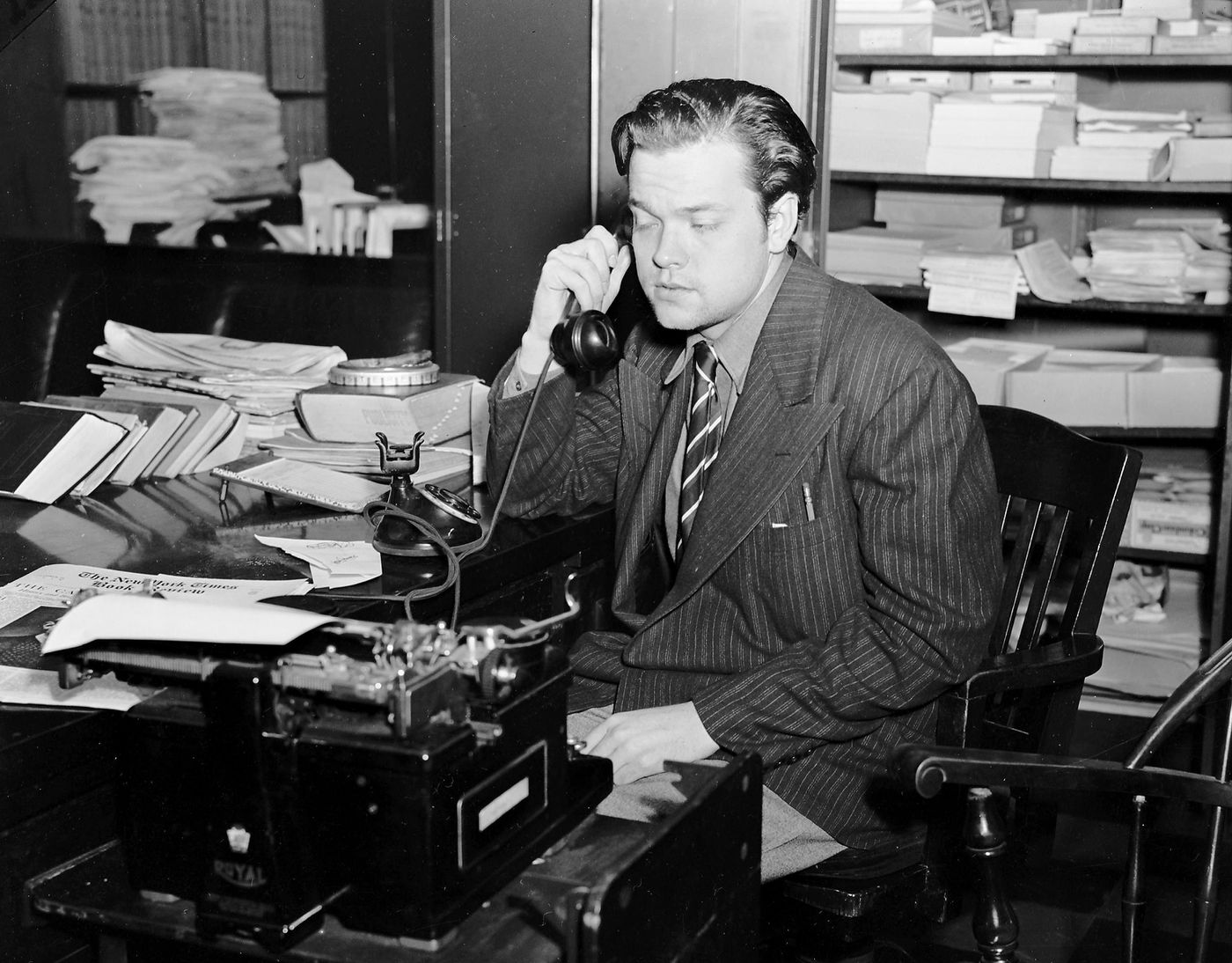 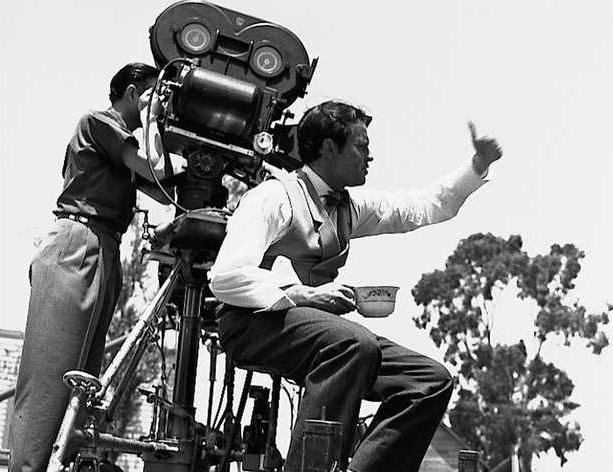 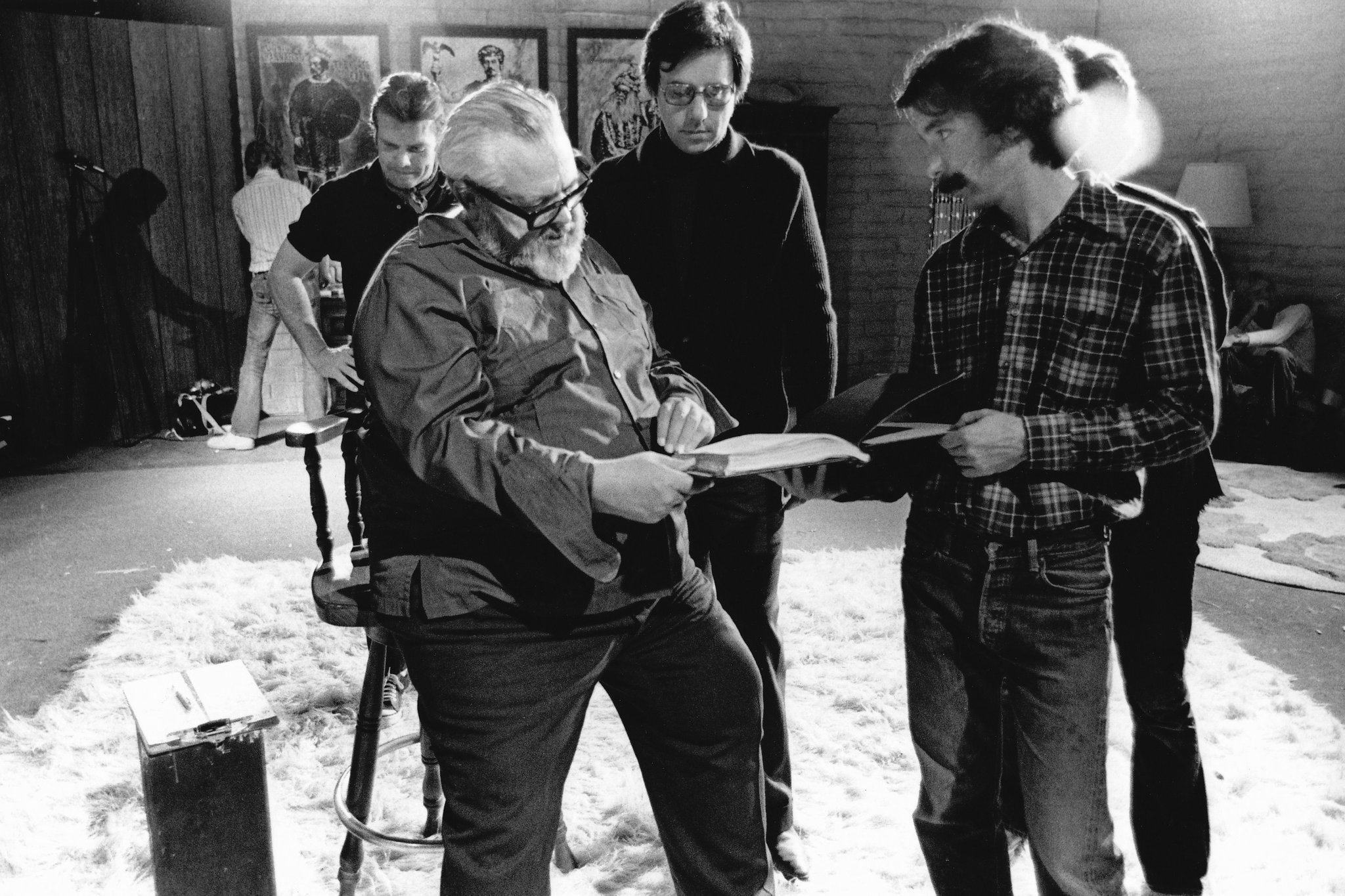 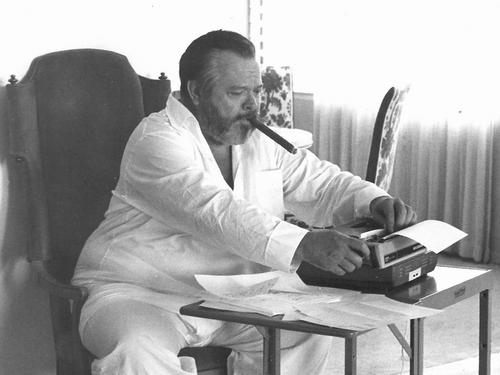 Finalize feature script. New drops will include additional access to the short and other value added materials as festival submissions return. 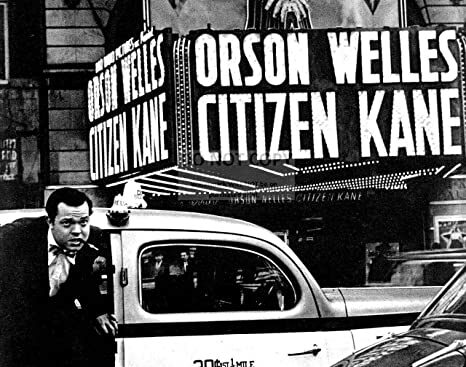 World premiere of short version. Shoot feature version. Add additional value to earlier drops by adding profit participation in the feature and other added value to be determined.

Why not sell the movies themselves as NFTs?

While NiftyFilm feels very strongly that the NFTs have a huge role to play in the next generation of independent film, we also believe in the power of cinema. Even with the proliferation of streaming services, there's nothing quite like settling into a comfy seat at the movie theater with a bucket of popcorn and having a shared experience with friends, family and neighbors.

We want the opportunity to screen the films on the festival circuit and show the ol' skool just what's possible with the power of NFTs and the NFT community. The subject matter is already a complex, difficult one but we also think the conversation is one that needs to take place in the public square. Selling limited editions of the films to a select few runs counter to that goal.

Why not take advantage of other crypto technologies? Social tokens, DAO, etc.

Another one of our goals at NiftyFilm is to continue to educate and onboard new independent filmmakers to the liberating power of NFTs. While many of the technologies available in the crypto/blockchain space right now are amazing feats of ingenuity, many of the concepts at play can get complicated and sometimes even silly. Placing additional obstacles to getting new filmmakers involved in NFTs ain't our thing.

Since we're also planning on some legacy screenings and distribution options, we also didn't want to go too far down the rabbit hole with our first NFT film project. Other projects from NiftyFilm will most certainly eventually take advantage of all the decentralized power of the blockchain.

Who are you again?

Hi! I'm Jason Charnick, a 25 year veteran of the entertainment industry. I worked as an editor and post supervisor at Framework Studio, part of the Happy Madison family of companies, for well over a decade. I've worked on nearly every Adam Sandler flick from 2008-2016, and worked on the marketing campaigns for large studio projects like STRAIGHT OUTTA COMPTON, FANTASTIC BEASTS AND WHERE TO FIND THEM, TED & NEW GIRL. In 2018, I premiered my feature documentary, GETTING OVER, about my father's drug addiction at the SXSW Film Festival in the Doc Spotlight category.

I've also spent a great deal of time grieving the loss of my daughter Shelby in June 2017. Combine a global pandemic, and it's taken me four years and a whole new technology to finally get me to a place where I can share my next project with you. The next step is unknown, but sure would like some company along the way. Nice to make your acquaintance.

Do you think you're Orson Welles or something?

Most certainly not! But this project is a heavy undertaking no doubt, and the subject matter very serious. Gotta keep it light where you can, and smile and laugh as much as possible.

Why so many phases? Can't you get this done any sooner?

Getting any film done is a major undertaking and a major accomplishment. It takes time, energy, and yes, a good deal of money to get any project made. And it's no secret it's hard as hell right now to sell any NFT that's not part of a major PFP project. It's going to take time and consistency to make the public aware of the project and to raise the necessary funds to shoot the films. One of things we don't like about legacy crowdfunding platforms like Kickstarter and Indiegogo is the limited amount of time they give you to pimp out your project as hard as possible. That's great if it's your thing, but it's time for a new path.


We're not carnival barkers, we're artists. We're here to build new paradigms where we don't have to depend on any centralized platform to raise funds for our projects, while also adding a whole new artistic dimension to the project itself with additional value and utility only NFT technology and community can provide.

What's with the names of the drops?

Each drop (or installation as I'm calling them) is named after one of pioneering psychologist Erik Erikson's eight psychosocial stages of human development. It is said that every person goes through all eight stages throughout the course of their natural life. One's ability to cope with many of life's difficulties is directly impacted by how they handled that conflict during that stage of life.

I took to this theory of human development early in college and have found that not only do we indeed go through these stages over the course of life, but very often go through micro versions of each stage as well. Each drop is emblematic of a particular stage I'm struggling through at that time.

How are you distributing the charitable contributions & artist re-investment funds?

At this early stage, we'll be doing the splits manually (and transparently), but the hope is to quickly bring a developer on board to write custom smart contracts for all future NFT offerings to automate the process.

You can send direct donations to any of the following wallet addresses:

We thank you from the bottom of our hearts for reading this far and for all your support!